BJJ is a Grappling Martial Art, which is a skill of controlling a resisting person in a way to force them to submit. Where we learn to use our body to render the other person in a disadvantage position  or to make the person submit. We learn and drill til its second handed. You'll also learn to be confident, be driven and to never give up.

Wrestling is learning to take your opponent down and pinning them, whereas submission wrestling is similar to that, but now adding submissions to it. No Gi is Brazilian Jiu Jitsu without the uniform. You learn to control and move your body against someone else who is trying to do the same forcing the opponent into a submission.

Muay Thai is  form of kickboxing. Kickboxing uses hands and kicks, which utilizes 4 point striking, whereas in Muay Thai Kickboxing, you have 8 point striking: hands, kicks, knees and elbows. In Muay Thai, having 8 points to attack gives you more chances to strike someone and to make contact.

Self defense is putting physical force against someone of interest. We use Brazilian Jiu Jitsu, Wrestling, Submission Wrestling, No Gi, Muay Thai Kickboxing, and some Judo and Ninjitsu to help you protect youself against anyone who is doing harm to you. We learn how to break grips, back take, etc. to help you feel safe.

*If interested, please look at our Calendar for Kids and

Adult Class Schedule or Call us for more information.* 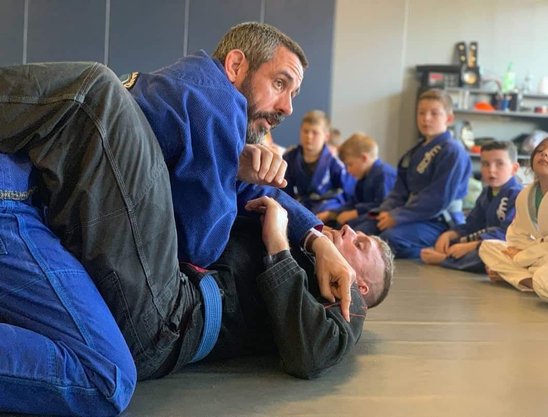 Danny is a Cobrinha brown belt under professor Laercio Fernandes. He has a Silver medal at No Gi Worlds, 2x Pan Am medalist: silver and bronze medalist in the Master Division. He has been on Fight to Win and has Coached all over the country with his students being invited across the country for super fights and special invitationals. He has developed some of the top young guns in the Pacific Northwest producing 4 world champions, 1 Pan Am champion and a Bronze medalist at Pan Ams. He has helped produce some of the next generation of kids in California and Washington and is not stopping any time soon. Danny started his Jiu Jitsu journey, half in the gi and half no gi. When he first started, he was focusing on Vale Tudo and helping with the kids team and amateur Mma team, then switched over mainly to the gi in 2011. He started owning his first academy with his partner in 2012 and opened his own academy in 2014 and has not looked back since. His main focus is preparing his students to become better people and helping them achieve whatever goals they are striving for and anything else along the way. Danny was always a guard passer then became a guard player, who now has an all around game that is being sought after by many, across the globe. Danny helping others achieve their goals is his main focus. He also loves to eat food and have conversations about BJJ and about life. Meeting professor Laercio Fernandes was a major deal and becoming friends with him, helped him dearly. Danny used to look up Laercio as much as he could, knowing he was one of the best “small guy” guard passers in the game for many years. After hanging out with Laercio for a few years, he enjoyed the friendship and advice he was given. When Danny was going to quit Jiu Jitsu, it was Laercio who convince him to stay, and shortly after, becoming his professor. It has been an honor and life changing process for Danny along the way and it only keeps getting better. Danny wants to go around, spreading the knowledge Laercio has instilled in him by helping others as it has helped him. Laercio Fernandes is one of the top guard passers in the “small guy” game, who also has a great well rounded game. Laercio is a World Champion and has been on the podium several times at Worlds, Pan Ams, Brazilian Championship, Europeans and invitationals around the world. Danny is honored and lucky to be close with Laercio and wants to do his best to help others become Champions On and Off the mats. 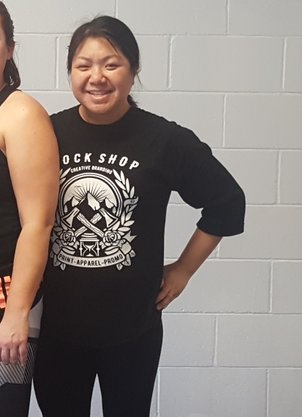 Ngoc began her journey way before ever stepping a foot onto the mats. She started by supporting her boyfriend (husband now) and his team. Along the way she grew a small interest in training Muay Thai and Jiu Jitsu. Messing around at home and in the backyard she gains enough courage to start going to a few women's only classes. Her spark for more  came from a women's only seminar she was invited to from a my close friend. She started doing more classes right after. Shortly after she started her classes she moved to Washington in supporting her fiancé's Jiu Jitsu journey and opening his own academy. After only a few months of training she built the courage to start competing. After giving birth to her daughter, she has focus more on helping others and their journeys along the way. With her experience she has obtained along the way. Ngoc is a great help to others and really enjoys sharing her knowledge with other women and children. Come by and try a class or even just start a conversation with her, she is always eager to share with others.

"You're in charge of your own Destiny."

"Train to improve, not to prove."